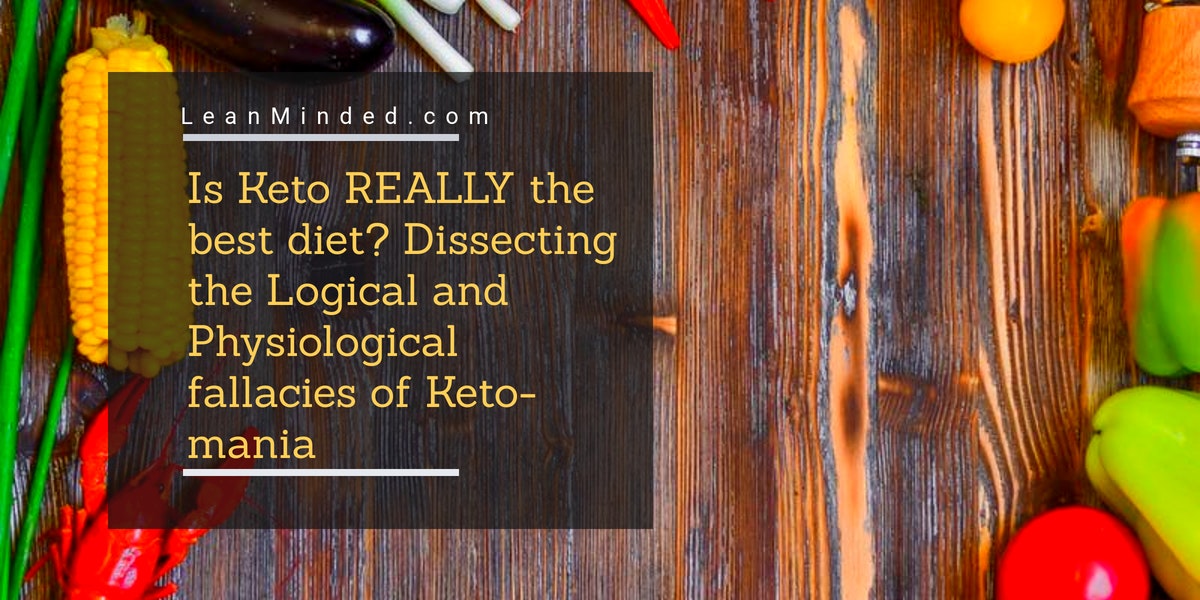 I can already picture the comments section on this one (the one I’m never supposed to read)… an onslaught of “but it worked for me”.. “I’ve never felt better”.. “Are you trying to tell me it won’t matter if I eat 2000 calories of gummy worms or 2000 calories of steak and cauliflower”.

If you are a fan of keto, please read the following and save me a concussion-inducing repeated head-desking. Let me be clear; I am not anti-keto. I think the diet can, under certain (albeit more limited) circumstances, be a very healthful way of losing fat and maintaining health. If you have seen great benefits while eating this way, I am happy for you.

With that out of the way, I’ll explain why I think the hype surrounding the diet is out of proportion and deserving of some scrutiny (just as all nutrition trends and matters of science are).

Let’s take a deeper dive into some of the psychological bedrock of why keto has gained so much traction over the past few years. We will explore the cognitive biases and logical fallacies that have ketone-fueled this dietary fire. We will look at why it’s popular, why people swear by it and how you can look at dietary trends objectively and make the best decision for you.

Nothing sells like social proof. And to the credit of many a keto adherent, the results on the surface appear very impressive. To be fair, ketogenic eating pattern do tend to yield superior short term losses compared with other dietary interventions. This tends to cause a euphoria in the dieter and they are far more apt to share their successes with others. As these testimonials multiply, the masses are conditioned to believe that these results are commonplace and permanent – an expected benefit of the ketogenic lifestyle, rather than screenshot of outliers. Often the implication being that the diet was easy, sustainable and seamless. Which brings us to the next fallacy;

Our Skewed Definitions of Success

We are wired to be wooed by fast results. “Keto works” is the oft-repeated evangelization of its following. Unfortunately our definition of “success” when it comes to weight loss is shortsighted and generally devoid of reality. Because of the aforementioned keto-induced fast losses (much of which is water) and the relatively new resurgence in its popularity, we assume that the results we see on Instagram, book testimonials and Facebook groups are a permanent state. Sure, some of these proponents will manage to turn the keto diet into a full blown permanent lifestyle, but statistically most won’t. And this is verified in the literature. The dieters typically start strong, but have a hard time adhering to the diet after 1-3 months. Anecdotally, take a look at keto friendly facebook groups and you see very few who have been on it for over a year – most of whom appear to be newer, enthusiastic converts.  As you might imagine, stories of fast and easy results aggregate and suddenly you have a trend that becomes nearly impossible to ignore.

Why Keto is on fire: The Bandwagon Effect and the Availability Cascade

In today’s viral social climate, transient popularity is amplified and catches fire much faster than ever before. Celebrity endorsements, pop diet books, facebook groups and instagram feeds ride these trends hard and eventually it settles into our collective consciousness.

The availability cascade then reinforces this process and the trend gains more and more plausibility through repetition in the public discourse. Or to repeat the old saying, “hear something enough times and it becomes the truth”. Keto has benefited richly from preferential attachment and cumulative advantage. But does this automatically mean it’s a superior way to lose fat and get healthy? History says “no” and current science says “not likely”.

First let’s take a look at recent history of dietary trends. Ketogenic diets have been around for several decades, so this is a resurgence of a past trend, rather than a “new diet”. But go back 15-20 years where low carb dieting really began to take hold. Atkins enjoyed massive popularity in the early 2000’s. How often do you hear about people being “on Atkins” nowadays? Crickets… The later part of the decade Paleo diets  began their rise to prominence and after enjoying a 5 year reign of dietary supremacy from about 2011-2015, suddenly we barely hear about it. The fact that they are different levels of carb restriction notwithstanding, it’s cheerleaders would assure skeptics over and over again that their diet is “not a fad, cuz people have been eating like this for millenia”. (Oh, ok). And now even Keto isn’t considered extreme enough and we are trending towards full carnivore diets (you know, cuz vegetables are clearly what’s keeping us fat and sick). Of course sprinkled into the mix have been intermittent fasting (surging alongside keto), wheat fear and other such carb bigotry.

Low Carb Trends and Timelines (according to Google trends searches)

Clear Cut Rules with a clear cut Enemy:  Appealing to our busy brains and a desire for simplicity

We have a lot to think about on a day to day, moment to moment basis; from how we are going to pay our bills to making sure the kids are well adjusted to wondering why they still make Star Wars films. Quite simply we crave simplicity when it comes to making decisions. Diet books play right into this tendency. Take a peek at the bestselling diet books and most popular diet trends over the years and you’ll notice a trend; With scant exception, all of them have specific rules and a specific enemy (or enemies). Whole30, Keto, Vegan, Wheat Belly all have very clear rules of what to eat and what not to eat. And those guidelines are based on an enemy. For keto it is carbs of all kinds for vegan diets it is animal products, intermittent fasting has clear windows of eating, wheat belly shuns gluten and for Whole30 it is anything that’s even remotely enjoyable.

So while hard and fast rules appeal to our desire for simplicity and our engrained need to have an enemy, they do not reflect nutritional complexity, context or nuance of diet and lifestyle. It’s much easier to decree “sugar is poison, cut it out completely” than it is to promote a more scientifically-valid, aleit more ambiguous “consider reducing sugar intake as higher amounts of sugar in the context of other nutrition and lifestyle factors can have negative health consequences.”

Don’t get me wrong, there is nothing wrong with simplifying complex processes into more “bite sized” and “easily digestible” guidelines, but simplifying a bogus concept is disingenuous and propagates misinformation.

When it comes to misdirected credit for keto success is two-fold;

Ketogenic diets CAN be easier for many to achieve a deficit.

The Placebo Effect and Expectancy

“But I feel AMAZING on keto”. And I think that’s awesome! But this is more likely case of false attribution due to a placebo effect, rather than something magical about the particular diet. A lot of the positive effects can be attributed to the expectation that an intervention will have a certain outcome. And it’s hard not to expect a euphoric response to the diet when every testimonial you’ve been exposed to has claimed a certain outcome. It is worth pointing out that even the most restrictive cleanses, detoxes and ridiculously low calorie diets have people claiming large boosts of energy when there is every reason to believe the opposite. Is there any harm in believing something that the diet is giving you this newfound vigor? Not really, but false attribution does create an elevated expectation and further disappointment when someone fails to thrive on a diet. Sadly, the most fervent adherents tend to blame the dieter and not the hyper-restrictive eating pattern that they are pushing.

Placebo effect aside, I’d be willing to bet that the new found energy and vitality credited to Keto is virtually all attributable to the scientific principle called “not eating like crap”. I would venture a guess that most who jump on new diets didn’t do so because their sensible, veggie-laden, protein rich, varied diet and training regimen were sapping their energy and keeping them fat. Just a thought.

Yet another reason for the seemingly disproportionate high praise keto gets is due to the simple fact that we like to broadcast great results… and we are very hesitant to report failed results.  The world of social media is something of a highlight reel. We are far more apt to talk about the amazing results we’ve achieved and if things don’t work out we tend to stay silent for fear of being seen as a failure. Think about it.. Are we really seeing a bunch of facebook posts of people saying “I would like to report that I have not lost any weight on keto – thank you for listening”. The preponderance of glowing results is a small, yet loud minority of keto mavens whilst what we are NOT seeing are those who began their keto journey January 1st and ended it Jan 5th after walking by a bakery.

Ketogenic diets are not special. They are not magic, they are not superior for fat burning (when protein is matched) and they are not a legitimate treatment for cancer. They CAN be an effective method of getting people into a calorie deficit and CAN be effective provided people can stick to it (Most cannot, and this has been validated by studies).

Keto diets are the anatomy of a near-perfect fad due to;

Like with any other fad, proceed with caution. Is there a less restrictive way to get to where you want to be? Most likely. 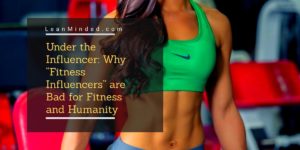 Under the Influencer: Why “Fitness Influencers” are Bad for Fitness and Humanity

I read the headline with a combination of shock and disgust: “Fitness Influencer Brittany Dawn Allegedly Bilked Hundreds... 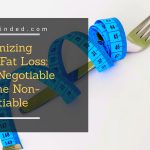 Optimizing your Fat Loss: The Negotiable vs The Non-negotiable 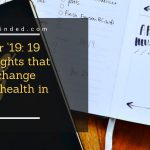 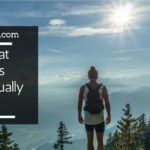 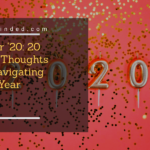 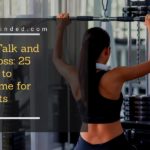 Self-Talk and Fat Loss: 25 Ways to Reframe for Results